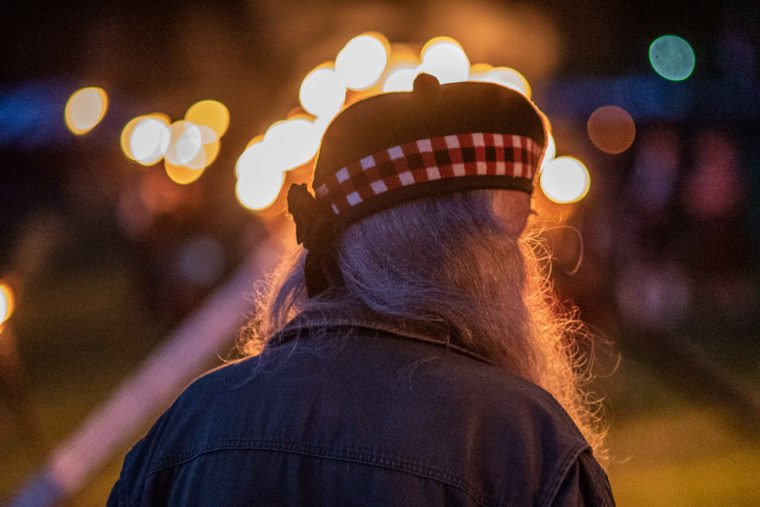 "The Saltire Cross is recognized as Scotland's ancient symbol. A living cross of light is made up of a representative from all the clans and families who have come to participate. They come from all the points of the compass to indicate their origins and take their place as part of the gathering on this magnificent mountain

Together they share remembrances and offer thanks. As the torches burn brightly together in the gathering darkness, the haunting sound of pipes is carried into the night. The clans have come again to celebrate who we are."

I was privileged to have a Media pass that granted me access to the field. I circled around behind the participants on the opposite side of the field from the main viewing stands, at the same time being mindful to not intrude on the ceremony or block other photographers. By the time the ceremony began, the sun had set and the skies had darkened. In time, most of the light came from the torches. Consequently, many of the useable images were in the form of silhouettes.

The ceremony reached its conclusion and the participants started dispersing.  That's when I passed behind a figure clad in a dark cloak rather than the ceremonial kilt that most other clan representatives wore that night. The evening sky in the background, together with the Saltire Cross with flaming torches and rising smoke in the middle distance, and the silhouette in the foreground grabbed my attention. This juxtaposition created a startling composition.  I quickly adjusted my position and captured two or thee images. A moment later the scene was gone. 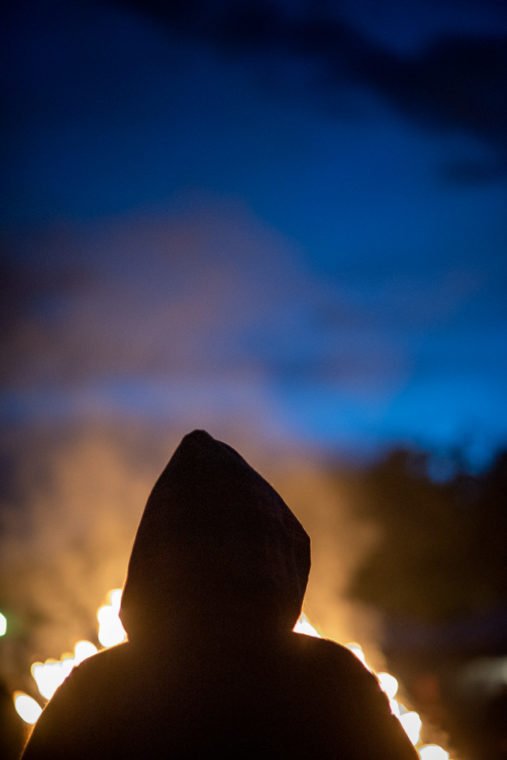